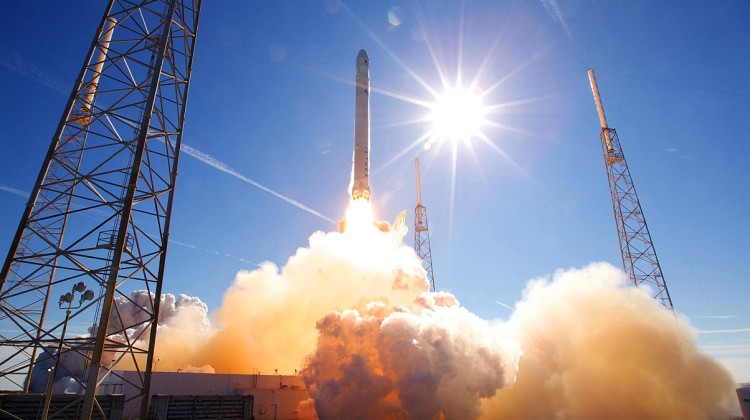 Originally scheduled for December 19th, a SpaceX rocket will launch on Tuesday with approximately 5,000 pounds of supplies for the International Space Station. After the rocket is separated from the Dragon spacecraft, a scheduled upright landing is planned on an ‘open-ocean platform.’ This will be a first for the company in an attempt to make a rocket reusable if the landing in successful.

Using a GPS tracking system, they will attempt to put the rocket in a position within 33 feet of accuracy.

There is a 60 percent chance that the weather will be favorable; if not the launch will be postponed until Friday.

SpaceX has a 1.6 billion dollar contract with NASA, and this will be their 5th trip to the space station. They also have a contract with a company from Qatar to launch a communications satellite. The launch will take place near the end of 2016.

Elon Musk, the founder of SpaceX, made his first fortune when he created ‘PayPal.’ He also owns Tesla Motors, an all-electric car company.

For SpaceX the most important part of this launch is the attempt to recover the rocket. Reusable rockets would drastically cut the cost of launching rockets into space. The platform which is the target for the rocket is about the size of a football field. After it is separated from Dragon, ‘X’ shaped wings will deploy and assist in guiding the rocket towards its ocean based target.

The company’s first attempt to softly land a rocket was in April of 2014. Unfortunately it toppled into the water, damaging it beyond repair.

Elon Musk reports that the odds of a successful landing are 50 percent or less.