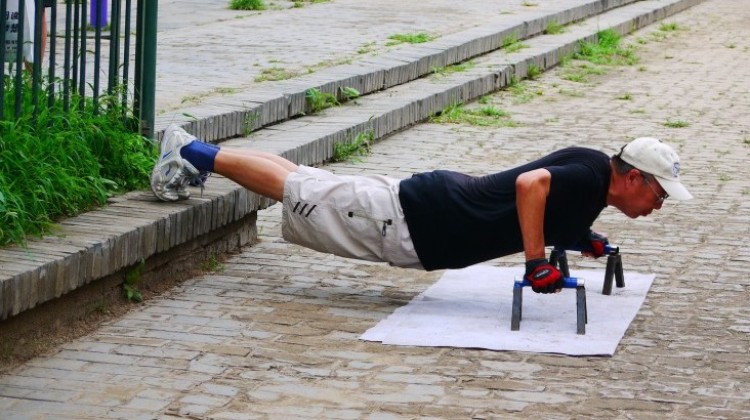 For every extremely stressful year a person endures, their lifetime is shortened by six years on average. Being exposed to chronic psychological stress, whether by relationship, work abuse, or an abusive lifestyle, can kill a person. Being subjected to situations or influences that make a person feel out of control is deadly, and it is scientifically measurable now.

In 2009, Elizabeth Blackburn, an Australian-American professor from University of California, San Francisco won the Nobel Prize for her work on Telomeres. She figured that the caps on the chromosomes of nucleus-bearing cells (eukaryotic cells), known as telomeres, were essentially the material for ensuring that genetic data isn’t lost during cell replication. The enzyme responsible for this function in telomeres is called telomerase. Dr. Blackburn and her research student had called it Telomere Terminal Transferase on discovery of this enzyme, but eventually, for the sake of simplicity called it Telomerase.

A simple way to understand telomeres is by comparing them to the tiny caps on shoelaces. Those tiny caps keep the laces from fraying. For chromosomes, telomeres act in the same way, and serve the same function. Cells will malfunction and genetic information will degrade, death might even result, in the absence of telomeres. In fact, this has been scientifically tested out on mice. A study conducted in Europe showed that genetically engineered mice that lacked telomeres died fast and young, and on reversing the telomere deficiency they returned to a healthful state.

Telomeres are essentially composed of DNA and protein. A strand of the Telomeric DNA is synthesized by the ribonucleoprotein enzyme telomerase. Telomerase is made up of RNA, that is Ribonucleic Acid, and protein. Long telomeres shorten due to cell replication, and then become long again in order to replicate again, and the process repeats.

Theoretically, if telomeres can be prevented from shortening, cells might become immortal. In fact, research is already showing a way forward here. Scientific findings show that the longer a person’s telomeres, the healthier they are and longer they live. The shorter the telomeres, due to poor maintenance, in addition to aging rapidly, the higher a person’s risk of certain forms of cancer, cardiovascular diseases, osteoarthritis, Alzheimer’s, Parkinson’s disease, osteoporosis, diabetes and other ailments. Telomere length seems to seriously correlate with healthy living, however, short telomeres aren’t a death sentence just yet.

Without telomerase, cells would be unable to replicate the caps of their chromosomes. It is telomerase that repairs and strengthens telomeres. However, bacteria do not have telomerase in them.

Dr. Blackburn’s research institute is entirely devoted to the tip of the chromosome, the cap, where telomerase acts in preventing the erosion of the telomeres. Her discovery of telomerase with her team has raised more questions about the activity of the telomerase.

The discovery of telomerase, though groundbreaking, is not the end. If anything, it’s the beginning of a new thing in scientific research. “We’re still groping for answers… After we discovered telomerase,” said Dr. Blackburn, “we immediately wanted to know how the enzyme worked, its relationship with telomeres, its history, how cells control it. They’re all large questions.”

“Processes that make tissues get old may be part of the same processes that protect us from tumors,” said Christine Parks, PhD. She is an epidemiologist at the National Institute of Environmental Health Sciences. “There may be trade-offs, and we need to learn more.” There appears to be considerable ground left to cover in this area.

Since it is becoming common knowledge that stress can affect us on a cellular level, effort is already being made to find solutions which will, by increasing the length of telomeres, improve our health or prevent chronic diseases all together.

While pills are being made for the purpose of lengthening the telomeres, there is also a route to doing this involving a more natural approach. Research reveals that the more sustainable and fun way might, in fact, be that route. Natural remedies have already been tested out for a period of 5 years on a group of 35 men who were suffering from early stages of prostate cancer. In this study, 10 of these men were subjected to lifestyle changes combining stress reduction techniques like yoga-based stretching, breathing, and meditation, mixed with a measure of 30 minute daily exercise. They were put on a plant-only diet of vegetables, fruits, unrefined grains which was low in fat and refined carbohydrates.

On comparing the 10 with the others who were not asked to make any major life style changes, the results revealed clearly significant improvements in lives of these 10. Their telomeres had grown in length by 10 percent, and the other 25 men who weren’t asked to make any lifestyle changes had a 3 percent shortening in their telomeres within this same five-year period.

Dr. Ornish, who was part of this experiment, reported that they looked at telomeres in the participants blood, not the prostate tissue. Other studies have shown that persons not suffering from any sicknesses at all, can easily benefit from this change in lifestyle. While not to the point of finding immortality yet, this discovery and line of research is being watched closely by many as a promising route to achieving that lofty goal.