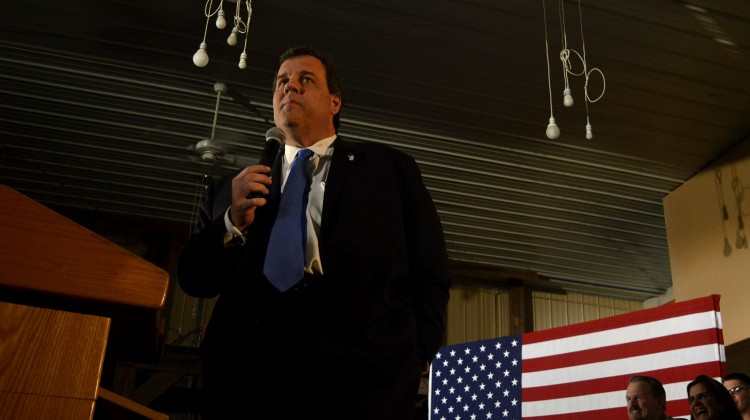 New Jersey Gov. Chris Christie endorsed Donald Trump on Friday, Feb. 26, 2016 during a press conference in Fort Worth, Texas. Trump introduced Christie, calling him “a real pal.” The former presidential GOP candidate has named the real estate businessman the best choice the Republican Party has of beating Hillary Clinton in the race for the White House. Christie explained that after having been on the debate stage with the other candidates, he could say no one was better prepared to lead America, both at home and around the world, than Trump. At the press conference Trump stood smiling broadly alongside him and stated that Christie had given him a “very big endorsement,” and it was the one he valued the most.

Christie divulged that he weighed his endorsement of Trump very carefully, soon after ending his own campaign. He revealed that he had included his family in the conversation when deciding who to give his endorsement to. Both Republicans professed their decade-long relationship was both professional and personal.

The New Jersey governor brushed aside reminders of his pointed criticisms of Trump during various debates when he had thrown barbs at the ebullient Trump. His attacks had been addressing Trump and his policies, saying that they lacked depth. At the press conference where he announced his endorsement, Christie praised Trump for his willingness to stray away from the “status quo.”

Trump and Christie both blasted Sen. Marco Rubio in turn during a joint press conference. The Florida senator had employed increasingly personal attacks against Trump during debate on Thursday, Feb.25. The Washington Post reported that Christie called Rubio’s remarks an act of desperation and he considered Rubio to be a member of the Washington establishment. Trump added to that sentiment, saying that Rubio “is a Nervous Nellie, he does not have the demeanor…and is not presidential material.”

The New Jersey governor repeatedly stated that the most important thing was to beat Hillary and Bill Clinton and the way to do that was rally behind Donald Trump. He extolled that Trump was the best choice. Christie stated that Trump was a strong and resolute leader, who had stepped graciously outside of the private sector to provide leadership at a time our country and the Republican Party needed it the most.