When Is Gluten-Free Healthy? 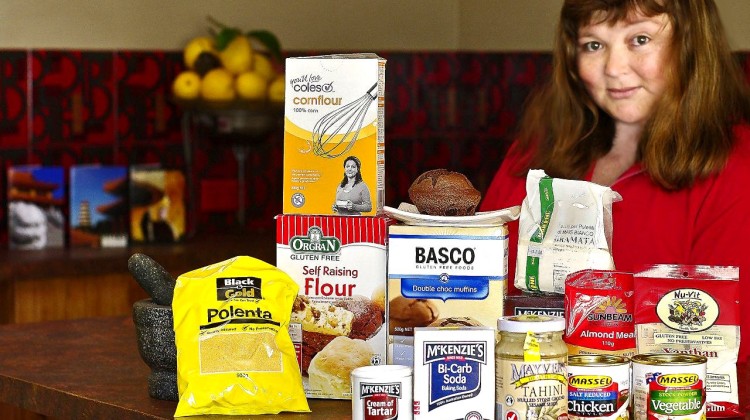 Many celebrities, such as Gwyneth Paltrow, Jenny McCarthy, and Ryan Gosling are trying a new diet, the gluten-free diet. Not because any of these celebrities has an intolerance, but because they have come to the conclusion that the new fad diet is somehow healthier. Because of this new diet fad, more than 1.5 million people in the U.S. are following this new trend, who do not even have the severe gluten intolerance called, Celiac disease.

There is probably a large percentage of Americans that do not even know what gluten is, or what the advantages and disadvantages of the protein consist of. It is basically a type of “glue” that helps certain foods, such as pasta and bread, hold their shape. It is a protein mainly found in barley, wheat, and rye.

People that are on a gluten-free diet also have to beware of non-food items that contain the protein, such as certain cosmetics. Even the glue that is licked to seal an envelope contains gluten.

There are two types of problems that people may face that are associated with gluten. One issue is non-celiac gluten sensitivity (NCGS). Roughly, 18 million people living in the U.S. suffer from this type of sensitivity. When an individual has NCGS, they could have many different symptoms when they consume foods with this protein. Symptoms could include fatigue, headache, bloating or gas, diarrhea. and even a rash or itchy skin.

Another issue that one-percent of the U.S. population has that is more serious than NCGS is Celiac disease. This disease hinders the body’s ability to absorb the necessary nutrients into the blood stream. That can ultimately lead to problems, such as weight loss, anemia, multiple sclerosis, osteoporosis, infertility, and other neurological conditions. The only treatment for this disease is to commit to a lifelong gluten-free diet.

People with Celiac disease must be extra careful to avoid the protein since it may be mixed with certain gluten-free grains. A decade ago, it was far more challenging to stick to this diet, but nowadays, grocery stores have stocked up on a vast variety of products that do not contain the protein. Although, they may be more expensive, like several other dietary foods and healthier choices.

So this is the big question, is the new diet trend actually beneficial for one’s health? There is surprisingly little scientific evidence supporting any health benefits to this type of diet. In fact, the only reason people should be consuming or using gluten-free products is if one is intolerant or sensitive.

So with all this scientific evidence, why do so many people still follow this diet fad? For one, there are a number of gluten-free cookbooks out now, that teach how to make delicious recipes. Many celebrities are promoting this fad, stating how this trend has changed their lives.

Grocery stores are also promoting all these new gluten-free foods, adding to the myth that it is healthier. Are they trying to make more money? It seems impossible to know what is healthy for whom and how.