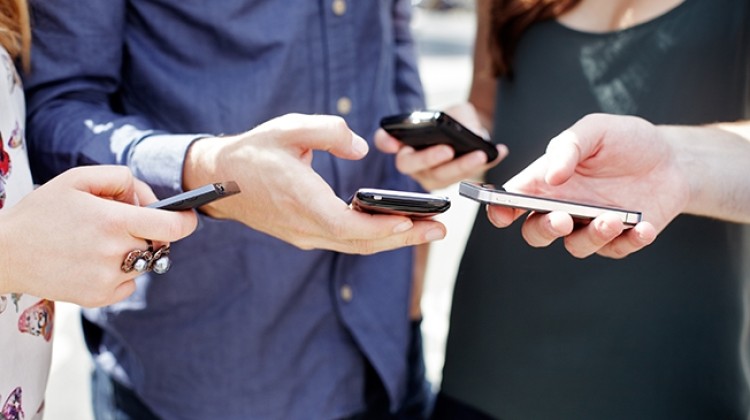 Image sharing via Instagram and Twitter has become a popular activity in this tech-savvy society. In fact, those who are familiar with the pixel-crazed culture likely know all about “If This Then That” (IFTTT). IFTTT is a program that allows users to create “triggers” for their various applications. IFTTT can be used in a variety of ways, but one of its applications involves sharing Instagram images on Twitter. In the early days of Instagram, which was purchased by Facebook in April 2012, many people may recall that users could easily share their Instagram photos via Twitter. Nowadays, however, sharing pics directly to Twitter often results in a shared link, as opposed to photo sharing. IFTTT allows users to reclaim their photo sharing capabilities on several social media platforms.

In order to do so, users need to craft a recipe or formula, which is IFTTT’s name for its triggers, for posting an image to Twitter each time someone takes a photo with Instagram. The first step involves visiting the IFTTT website and creating a free account. Once an account has been created, users will be asked to activate their Twitter and Instagram accounts. The IFTTT program essentially interlinks the Twitter and Instagram accounts, so that it will send out a tweet every time the user posts a new photo to Instagram.

Be forewarned, however, depending on how someone feels about links and hashtags, there is a potential downside involved. When users implement IFTTT to share their Instagram pics via Twitter, the resulting tweet does not show the Instagram link. Therefore, if an Instagram post is lengthy and/or features hashtags, it will appear in a truncated version on Twitter and may be cut off. One way to deal with this aspect is to also click the Twitter share box in the Instagram post to share it via regular channels as well. While both posts will show up on the Twitter feed, most people do not find it “spam-worthy” and understand users are attempting to reach an optimal audience with their posts. Since hashtags are an integral part of social media, especially in relation to Twitter and Instagram, it is recommended that users consider the use of hashtags wisely for optimization purposes. For instance, some posters suggest using secondary hashtags in the first post and reserve the primary or main hashtags to accompany the post with the image attached.

Other aspects of the IFTTT program to be aware of include delays in social media postings. Therefore, users should not be surprised if their photos do not show up on Twitter immediately after they are posted on Instagram. There are also ways to turn off the auto-posting feature. The easier method involves downloading the IFTTT mobile app, which allows users to edit and/or turn formulas on and off.

To understand the impact and influence social media platforms have in today’s society, here are some statistics on social media adoption that will bring this topic into better focus. A decade ago, approximately seven percent of the U.S. population used one or more social networking sites. However, that figure has skyrocketed in recent years. Now, approximately 76 percent of Internet users utilize one or more social media platforms in the U.S. alone. This data was compiled by Pew Research Center and released on Oct. 8, 2015.

One aspect that might be underestimated in relation to social media sharing is timing. Peak performance for social media sharing tends to be late afternoon to nighttime and/or early morning. According to recent studies, the time period of 3 p.m. to 1 a.m. is the best time to reach people on social media platforms. However, since traffic can fluctuate throughout the day and week, it is best to experiment on one’s own time and determine what social sharing times are optimal for a poster’s purposes. It is also important to keep in mind that traffic, as well as sharing activities, can be heavily influenced by trending topics (TT) and content. However, if someone also works with evergreen topics, this practice can work to their advantage and help build their audience.

If someone wants to build their social media profile and gain more traffic for their posts, users should learn how to connect IFTTT to Twitter and Instagram. Moreover, posters can also incorporate other social media platforms to their IFTTT account for better optimization. If This Then That (IFTTT) is a program that allows users to create triggers/recipes/formulas for their various apps. It can be used in a variety of ways, but one of its most well-known applications involves sharing Instagram images on Twitter. Instead of a shared link with no images, IFTTT allows posters to take back their photo sharing capabilities on a variety of social media platforms.