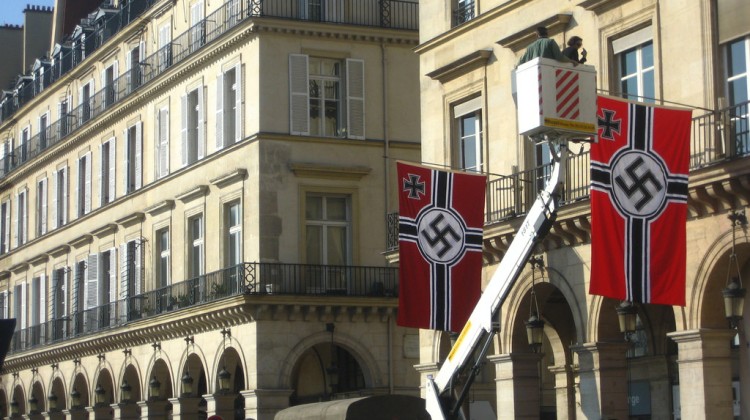 Within 10 years Germany’s gun laws evolved from registration to confiscation. The latter made it easier for Adolph Hitler to imprison minorities and so-called undesirables, which ultimately brought about WWII. After WWI, Germany went through several changes in the weapon laws.

The Law on Firearms and Ammunition was enacted in 1928. Under this law registration of all guns and ammunition by citizens and manufacturers alike. The wording could easily be misinterpreted. However, the law was used in Germany it appears to only slightly vary compared to the current laws in America.

By 1938 the German Weapons Act superseded the previous law. Essentially, the new law allowed government workers and officials, members of the National Socialist German Workers’ Party, and those holding annual hunting permits were not bound by registration requirements. Only handguns were now subject to the 1928 law.

However, it was the 1938 Regulations Against Jews’ Possession of Weapons that eventually led to Hitler ponder and come to a conclusion in this statement:

The most foolish mistake we could possibly make would be to allow the subjugated races to possess arms. History shows that all conquerors who have allowed their subjugated races to carry arms have prepared their own downfall by so doing. Indeed, I would go so far as to say that the supply of arms to the underdogs is a sine qua non for the overthrow of any sovereignty. So let’s not have any native militia or native police.

The Act included Jews in Germany, Sudetenland, and Austria. They were not allowed to possess guns, ammunition, and even knives. Nevertheless, Nazis accused anyone they considered unsavory of being a Jew.

During the previous five years, the National Socialist regime rounded up non-Aryan citizens in Germany and their territories. The definition of Aryan heritage is a racial description of peoples from European and Western Asian who are considered Caucasian. However, many do not fit into Nazi Germany’s definition, which is a person who has blonde hair and blue eyes.

By this understanding of Aryan appearance, anyone with darker coloration is considered undesirable. But Hitler did not stop at non-Aryan. Eventually, concentration camps were packed with political rivals, Homosexuals, the Disabled, and anyone considered an enemy of the state.

One of the ways Hitler controlled his agenda was by inciting fear. This is not much different than the anti-gun rhetoric in America, which takes place after any mass shooting. The extreme right feeds into the fear of confiscation, whereas the extreme left contends guns are tools of the devil. Everyone in the middle raises their hands in confusion. Many shake their heads and complain of the same old talking points.

Fear of the unknown is one thing, but conjuring non-facts in either extreme is unsound. It leaves everyone stressed and reactionary. Gun enthusiasts take the position that their firearms will have to be pried out of their dead, cold hands. On the end of the spectrum, people are taking their weapons to their local police, and one man even posted a video showing how he destroyed his AR-15.

A man in San Diego is an avid firearms collector, he has two safes that are 3-foot wide by 5-foot tall and 20 inches deep. He like most gun aficionados, refer to popular sayings. They include:

In fact, during WWII American civilians patrolled the beaches watching for submarines. Hal Lindstrum not able to join the military due to health issues but that did keep him from serving the United States. He laughing relayed his story during an interview in 1991, “Can you believe this? We carried whatever firearm we hand. I mean I only had a handgun. What did we think we were going to do if the enemy showed up.”

The gun safety debate in America resembles the back-and-forth changes in the law found in Germany’s history as do the laws in the United States. Frankly, even if the Democratic party become the majority in Congress, President Donald Trump can veto any bill that crosses his desk. Any legal case to suppress firearm ownership would ultimately end up brought to the Supreme Court. Not only are the majority of justices conservative but they uphold the Constitution.

The founding fathers added the Second Amendment for a reason and crushing an amendment can be difficult, to say the least. While it is unlikely, hopefully, America will see a war on its soil, as long as politicians use fear tactics and divide the country, the United States is no better than Nazi Germany. Fear is a powerful weapon to wield, it should not be used lightly.