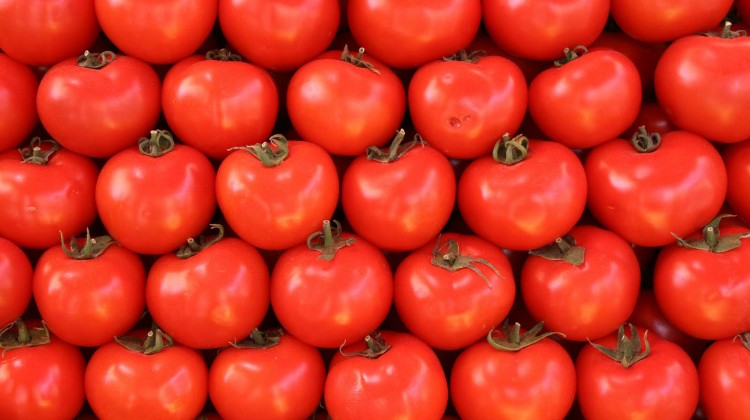 A study out of the United Kingdom (UK) Wednesday revealed exciting news that a diet rich with tomatoes may assist in fighting prostate cancer. The study revealed that men who add at least 10 portions of tomatoes to their diet each week see a 20 percent reduction in the risk for prostate cancer.

Prostate cancer, the second most common cancer among men worldwide. There are 35,000 new cases of prostate cancer and 10,000 deaths every year in the UK. The high salt and fat loaded westernized diet are likely one of the contributing factor for the higher rates for prostate cancer in developed countries like the United States and the UK. A smart choice, according to many nutritionists and health professionals, to lower cancer risk is a diet low in salt, fats, and both red and processed meats. A diet high in vegetables and fruits, including tomatoes is recommended not only for cancer health, but overall health.

This study came from researchers from the Universities of Oxford, Cambridge and Bristol following the diets of 20,000 men. 12,005 men were cancer free while 1,806 men had been diagnosed with prostate cancer. The men in the study were between the ages of 50 and 69, the typical age prostate cancer is discovered. Following the subjects daily diets and lifestyles, the researchers determined that a healthy diet that included, at the minimum 10 portions of tomatoes, reduced the healthy subjects’ risk for cancer.

The University of Bristol research team discovered that men who had added 10 portions of tomatoes and tomato based foods, including Bloody Mary’s and baked beans, to their diet saw an assist in the fight against prostate cancer. A 18 percent drop in the risk for prostate cancer along with a 24 percent drop by eating at least five servings of fruits and vegetables a day. These resulting numbers were in comparison to men in the study who added only two and a half servings of fruits and vegetables or less each day.

Bristol University’s School of Social and Community Medicine researcher, Vanessa Er, reported the findings of the study showed that tomatoes may be an important tool in the fight against prostate cancer. The study is not over yet, as the research teams will conduct further studies in an attempt to confirm the findings. This will include more clinical testing of men with and without prostate cancer.

Tomatoes were not the only food that showed promising results in the fight against cancer. While a health diet including a variety of fruits and vegetables combined with an active lifestyle has always been a known to help men and woman remain as healthy as possible, the study also showed that a diet that includes dairy products, pasta and bread may also help in the fight against prostate cancer.

Tomatoes prostate cancer-fighting properties are believed to receive an assist from lycopene. Lycopene is an antioxidant found in tomatoes that protects DNA and cellular damage. Calcium from dairy products and selenium found in pasta and breads also look promising in the fight against prostate cancer. The research study released Wednesday showed that the men in the study who had a healthy diet balanced with tomatoes, pasta, bread, and dairy products showed a lower risk for prostate cancer.