Sleep and Movement Tools for Health 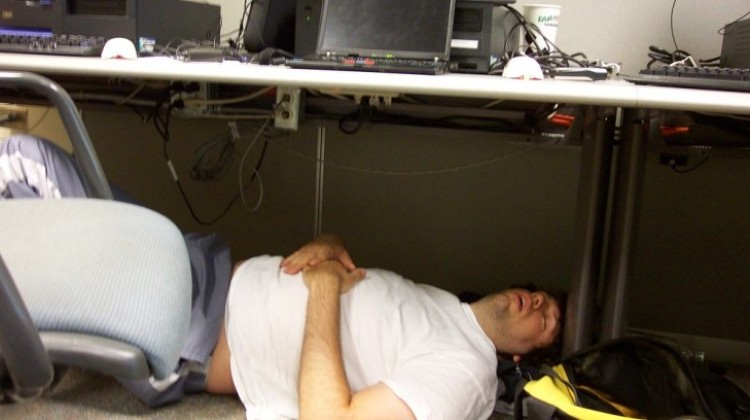 The United States is experiencing a chronic disease epidemic with increasing rates of cancer, obesity, diabetes, hypertension, cardiovascular disease, anxiety and depression among citizens. Attempts to reveal the cause of this rise in chronic disease have cast the spotlight largely on poor nutrition as the result of a faulty food system. This places the onus of this epidemic largely out of the control of the individual and into the lap of corporate food industries that now supply the majority of America’s food. The promotion of this knowledge, while well-meaning, is perhaps to the detriment of American society as a whole in that it perpetuates, for many, a feeling of a lack of control over one of the main factors dictating individual health – nutrition. While not impossible to eat nutritiously, it does take education, planning and budgeting. While eating is a necessity, acquiring good nutrition habits is not entirely easy nor is it straightforward for all.

There are other health tools, however, that are quite straightforward and lend multiple benefits for health. Recent studies suggest significant benefits to getting proper sleep, which include increased learning capabilities, increased work productivity and protection against mental and physical illnesses. At the same time, surveys, like the 2014 National Sleep Foundation Sleep in America Poll, are finding that Americans are getting less sleep due to busy lifestyles. Where a busy lifestyle once conjured images of harried citizens dodging from task to task, the act of being busy has now taken on a new look in America, one that involves more mental dodging than physical dodging and the busy patter of keystrokes instead of the patter of busy feet.  Americans are more physically inactive than ever before.

Fortunately, new scientific evidence has revealed that movement of the human body, even in small amounts daily, increases health regardless of body size, shape or age. This means that not only one tool but two tools for good health, under full control of each individual, are available. They cost nothing, require no additional education, and can be implemented at any time during the day. Sleep and exercise are also interconnected. Studies have shown that getting moderate aerobic exercise daily, such as walking, can increase length and quality of sleep.

At a time when so much may feel out of the control of the individual, such as the food choices available on a daily basis or the stressors to mind and body in the face of daily life in a fast-past culture, it may be useful to recognize what is within control and available to each member of society implicitly, regardless of circumstance. Though getting proper nutrition can now be complicated and challenging for even the most educated and well-off among us, adding more movement and sleep is certainly attainable and uncomplicated, if it is prioritized.